This is really great and useful. Totally...

This is so dope

yooo this is so incredible lol

Pretty cool. Is there a direct link to t...

It's kind of surreal just looking at thi...

what kind of gig are ya looking for

this is cool what is this?

Beautiful. How many national parks have ...

This super crazy man. I had never heard ...

I love it man!

Since using FL, I became kind of confuse...

Really nice project someone made that's sort of in the same vein of Twelve Websites simplicity-wise.

I do feel like I've accomplished something, which was the original intent. A last bit of programming at the end of the day might be a good thing to continue.

That was an interesting experiment. I don't usually track my progress in such short increments. In the 30 minutes I wrote code to:

Pretty reasonable but definitely not enough time to really get into it. I think it usually takes an hour or so for me to get into the right sort of flow state for programming.

It is 11:11pm and I feel like I need to build something. I'm gonna implement the Pith chat in svelte. Let's see what I can do in half an hour.

I think it could be beneficial to make weekly summaries of some kind in my journals to recenter and refocus for the next week. It could be interesting to introduce a lower resolution, higher-level view of progress.

Incredible that every page is scanned and transcribed.

re: certainty/uncertainty, divides of consequence (in their manifested actions) 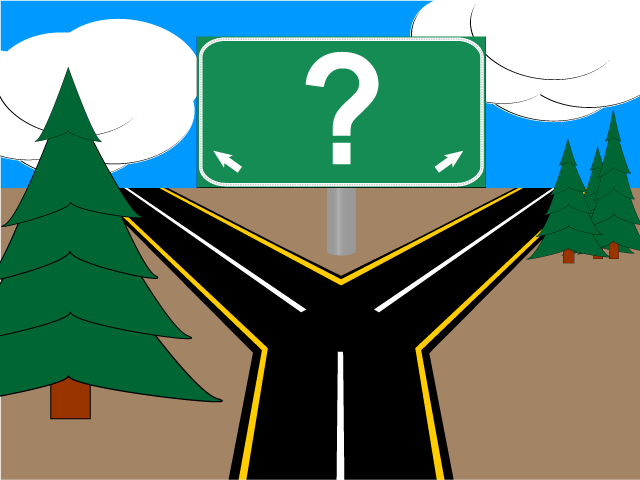 I was feeling like my website kinda sucked so I made a new one that's very simple. Might mess with it a bit later, not really sure what is should be yet.

Will be looking for a job soon so figured it would be good to start to get things updated.

It's very strange for me to re-read that excerpt from Cosmicomics because it immediately took me back to when I initially read it right in this spot. I remember everything from that place and time unusually distinctly. Pictures help, but there's something so experiential that I only get from actually reopening the book and going over the chapter again. Very strange sensation.

From Cosmicomics (1965) by Italo Calvino

Situated in the external zone of the Milky Way, the Sun takes about two hundred million years to make a complete revolution of the Galaxy.

Right, that's how long it takes, not a day less, – Qfwfq said,-- once, as I went past, I drew a sign at a point in space, just so I could find it again two hundred million years later, when we went by the next time around. What sort of sign? It's hard to explain because if I say sign to you, you immediately think of a something that can be distinguished from a something else, but nothing could be distinguished from anything there; you immediately think of a sign made with some implement or with your hands, and then when you take the implement or your hands away, the sign remains, but in those days there were no implements or even hands, or teeth, or noses, all things that came along afterwards, a long time afterwards. As to the form a sign should have, you say it's no problem because, whatever form it may be given, a sign only has to serve as a sign, that is, be different or else the same as other signs: here again it's easy for you young ones to talk, but in that period I didn't have any examples to follow, I couldn't say I'll make it the same or I'll make it different, there were no things to copy, nobody knew what a line was, straight or curved, or even a dot, or a protuberance or a cavity. I conceived the idea of making a sign, that's true enough, or rather, I conceived the idea of considering a sign a something that I felt like making, so when, at that point in space and not in another, I made something, meaning to make a sign, it turned out that I really had made a sign, after all.

In other words, considering it was the first sign ever made in the universe, or at least in the circuit of the Milky Way, I must admit it came out very well. Visible? What a question! Who had eyes to see with in those days? Nothing had ever been seen by anything, the question never even arose. Recognizable, yes, beyond any possibility of error: because all the other points in space were the same, indistinguishable, and instead, this one had the sign on it.

So as the planets continued their revolutions, and the solar system went on in its own, I soon left the sign far behind me, separated from it by the endless fields of space. And I couldn't help thinking about when I would come back and encounter it again, and how I would know it, and how happy it would make me, in that anonymous expanse, after I had spent a hundred thousand light-years without meeting anything familiar, nothing for hundreds of centuries, for thousands of millennia; I'd come back and there it would be in its place, just as I had left it, simple and bare, but with that unmistakable imprint, so to speak, that I had given it.

I thought about it day and night; in fact, I couldn't think about anything else; actually, this was the first opportunity I had had to think something; or I should say: to think something had never been possible, first because there were no things to think about, and second because signs to think of them by were lacking, but from the moment there was that sign, it was possible for someone thinking to think of a sign, and therefore that one, in the sense that the sign was the thing you could think about and also the sign of the thing thought, namely, itself.

So the situation was this: the sign served to mark a place but at the same time it meant that in that place there was a sign (something far more important because there were plenty of places but there was only one sign) and also at the same time that sign was mine, the sign of me, because it was the only sign I had ever made and I was the only one who had ever made signs. It was like a name, the name of that point, and also my name that I had signed on that spot; in short, it was the only name available for everything that required a name.

Day followed day, and then I knew I must be near. I was furiously impatient because I might encounter the sign at any moment. It's here, no, a little farther on, now I'll count up to a hundred. . . Had it disappeared? Had we already gone past it? I didn't know. My sign had perhaps remained who knows where, behind, completely remote from the revolutionary orbit of our system. I hadn't calculated the oscillations to which, especially in those days, the celestial bodies' fields of gravity were subject, and which caused them to trace irregular orbits, cut like the flower of a dahlia. For about a hundred millennia I tormented myself, going over my calculations: it turned out that our course touched that spot not every galactic year but only every three, that is, every six hundred million solar years. When you've waited two hundred million years, you can also wait six hundred; and I waited; the way was long but I wasn't on foot, after all; astride the Galaxy I traveled through the light-years, galloping over the planetary and stellar orbits as if I were on a horse whose shoes struck sparks; I was in a state of mounting excitement; I felt I was going forth to conquer the only thing that mattered to me, sign and dominion and name… I made the second circuit, the third. I was there. I let out a yell. At a point which had to be that very point, in the place of my sign, there was a shapeless scratch, a bruised, chipped abrasion of space. I had lost everything: the sign, the point, the thing that caused me – being the one who had made the sign at that point – to be me. Space, without a sign, was once again a chasm, the void, without beginning or end, nauseating, in which everything – including me – was lost. (And don't come telling me that, to fix a point, my sign and the erasure of my sign amounted to the same thing; the erasure was the negation of the sign, and therefore didn't serve to distinguish one point from the preceding and successive points.)

I was disheartened and for many light-years I let myself be dragged along as if I were unconscious. When I finally raised my eyes (in the meanwhile, sight had begun in our world, and, as a result, also life), I saw what I would never have expected to see. I saw it, the sign, but not that one, a similar sign, a sign unquestionably copied from mine, but one I realized immediately couldn't be mine, it was so squat and careless and clumsily pretentious, a wretched counterfeit of what I had meant to indicate with that sign whose ineffable purity I could only now – through contrast – recapture. Who had played this trick on me? I couldn't figure it out. Finally, a plurimillennial chain of deductions led me to the solution: on another planetary system which performed its galactic revolution before us, there was a certain Kgwgk (the name I deduced afterwards, in the later era of names), a spiteful type, consumed with envy, who had erased my sign in a vandalistic impulse and then, with vulgar artifice, had attempted to make another.

Sitting down and spending six hours listening to this seems like it would be a crazy experience. Perhaps on a plane…

Pushed the new version of my archive. It was cool getting to know Svelte and Sapper. Ready to get started on Pith next week.

Shooting stars on a cold night.

Rewrote my archive site using Svelte to teach myself how it works and get more familiar with it before embarking on Pith. Still a few things to clean up before deploying it.

Surprise bonus: nothing enters the chat

A goal: free text from the tyranny of the page. Float aimlessly in the digital void.

Ideas existing only in relation to themselves, not the structure imposed by the medium.

a persistent shadow: the perennial "debt of being"

I kinda already regret not buying nebraska.lol but I feel like for posterity onedimension.net will be better.

Picked a domain, we're going with onedimension.net. First post is up there, this is gonna be fun. Now I'm thinking 50% shitposting, 25% half serious and 25% serious.

The ratios will change obviously.

Thinking about the domain name. 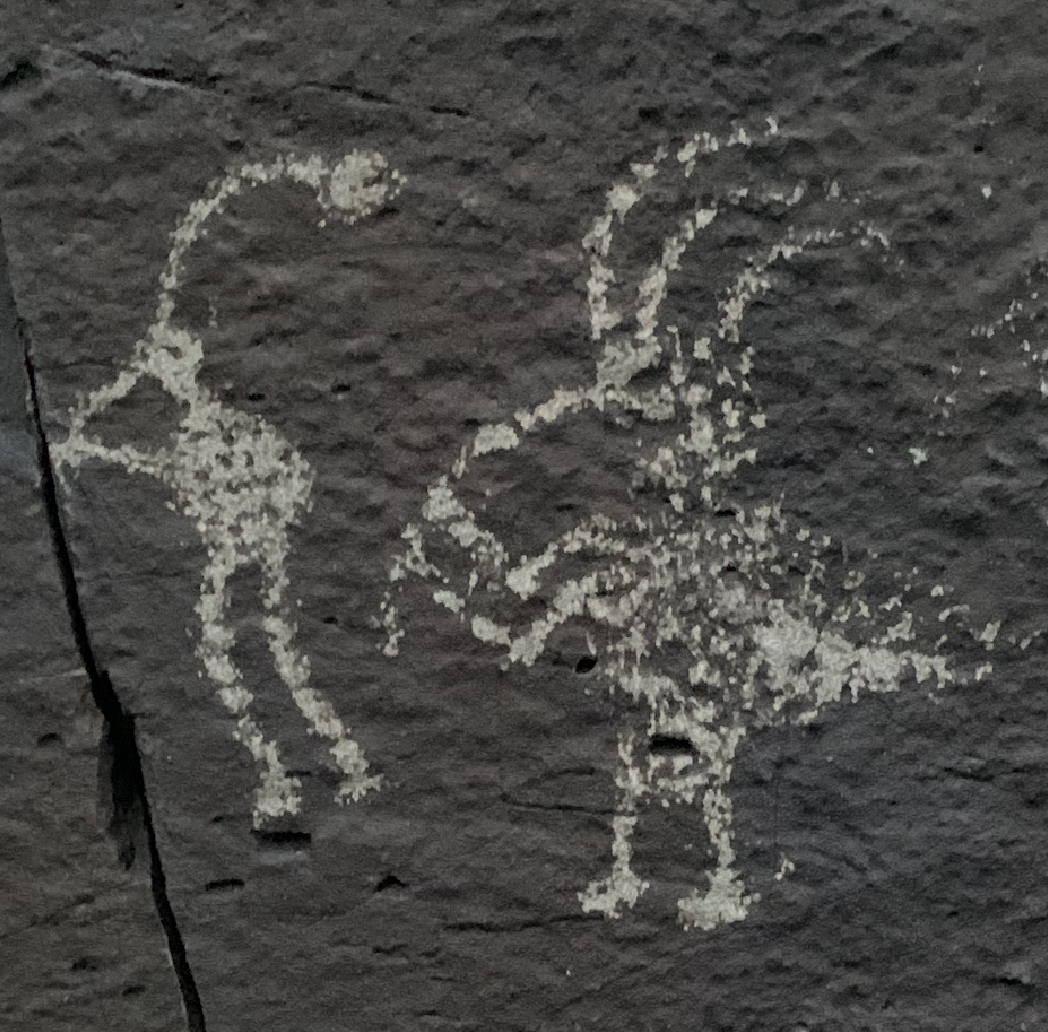